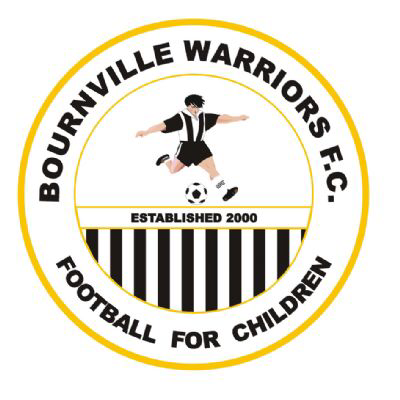 We expect the highest of standards whether you are a Player, Manager, Coach, Volunteer, Parent or Supporter. We believe if high standards are maintained in terms of punctuality, attendance, kit, preparation and discipline then this will give each player a strong start to the players time at the club.

If we all work hard together, both on and off the pitch then this will make it easier to achieve our goals of providing an enjoyable, safe and sociable environment for the players to be more successful whilst appreciating and respecting the importance of their role within a team structure.

A positive attitude to training, matches, learning and a determination to be the best at every session and match is crucial to being successful in football (And life). Ability is what the children are capable of doing, Motivation determines what they can do but ATTITUDE determines how well they will do it.

We pride ourselves on being respectful to each other, the opposition, match officials and supporters whilst maintaining a humility in victory that sets us apart from all other grassroots clubs.

It’s crucial that we create a fun and exciting environment so the players always come to training and matches with a SMILE.

Love the ball, Love the game!

Alongside an introduction to the FUNdamental movements of Football the aim will be to create a stay on the ball environment to develop a mastery of the ball with both feet giving players the confidence to try new things to excite with the ball and seek creative solutions, being positive in possession and playing with an individuality.
There is a pathway from the Mini Warriors group into an Under 7s team once the correct age is reached.

How we will Coach
Sessions will be planned around the FA 4 Corner model and cover the Technical, Social, Physical and Psychological elements of the game whilst encouraging maximum touches of the ball and challenging the players to solve problems within football-based games and matches. A question led approach will be used for the player to find the answers and solutions to the challenges of football rather than telling the players what to do and giving them the answers.

Sessions will include
· A warm up, with or without the ball to include the FUNdamental movements (running, hopping, jumping, skipping, forwards, side wards and backwards movements, twisting and turning).
· Technique based activities and games to include dribbling and running with the ball to incorporate lots of touches
· Matches
· Lots of opportunities for Free Play

There is no substitute for playing games and this is why we adopt an “equal minutes” approach at the under 7 to under 11 age groups. The more game time a player has the more chance they have of learning the game and developing as players in the long term.

Whilst the players will always be competitive and want to win, the games at this level are development fixtures with no points or league tables to play for. We think it’s the ideal setting for development of our players and our coaches are encouraged to plan training sessions that are inclusive, enjoyable and challenging whilst approaching matches in a way in which every decision made is with the development of the player in mind.

To run alongside this, we feel it is important that our young players are allowed to experience playing in different positions within the team so they develop as all round football players and not be limited to one position which can restrict their development and enjoyment of the game.

Individual managers will confirm the day(s) and venue of training

Under 12s to Under 18s – 9 v 9 – 11 v 11
At under 12s, although the format stays at 9 a side, we move into a competitive league structure. Whilst the players development must still be at the forefront of any decisions made, the club’s approach to game time will change to every player in the matchday squad having to play a minimum of 50% of each game they attend, subject to adhering to the requirements of the Club Values and Code of Conduct. We believe this will allow the team to remain competitive at the same time as the players having enough game time to continue developing into the older age groups.
Once the league format is introduced, we feel the aim has to be to try and compete for honors whilst still getting the balance right of making sure the players development and enjoyment of the game comes before the need to win the game.
At under 13s the format moves to 11 a side.
Coaches are encouraged to plan training sessions to support the development of the player in line with the England DNA Principles of play, attacking and defending, with and without the ball. Full details can be found on The FA DNA website.
The FA DNA link
Bournville Warriors F.C. - FA Afiliation Number - T-BIR4490